Chia seeds have been called “superfood” for some time now, as they are not only nutritious but also have many health benefits. However, you should also know about the side effects and how to consume Chia seeds properly.

Possible side effects of Chia seeds 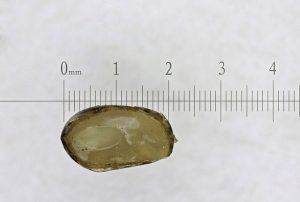 Chia seeds are basically very similar to sage, they belong to the lip-flower family and have a very high omega-3 fatty acid content. Vitamin B-17, boron and protein are also abundant. Chia seeds are also known for their ability to keep the electrolyte and fluid balance.

It is important to check with your doctor before taking blood thinning medication whether it is safe to take it. Chia seeds reduce blood pressure and act as a natural blood thinner, which together with additional blood thinners can pose a health hazard.

Furthermore, Chia seeds are tested for allergens in research. For some people, excessive increased consumption can cause watery eyes, skin rashes or even hives. Side effects such as vomiting, diarrhoea, flatulence, problems with digestion, breathing problems or swelling of the tongue are very rare, usually when the consumer is already allergic to many other substances. If you notice any of these – rarely occurring – reactions after consumption, a doctor must be contacted immediately. However, in 99% of cases, no side effects should occur with normal intake or dosage.
The (actually good) side effect on digestion

If Chia seeds are soaked before consumption, they can store quite large amounts of liquid. In this way, they maintain the body’s water balance – especially during exertion – without having to lie heavy in the stomach. Because the seeds swell up, they increase their volume by a factor of up to twelve within ten minutes and then literally “sweep” through the intestinal tract. Thanks to the soluble dietary fibres contained in it, the elimination of deposits is promoted and digestion continues to be supported – this can possibly not only cause side effects such as diarrhoea, but also flatulence. 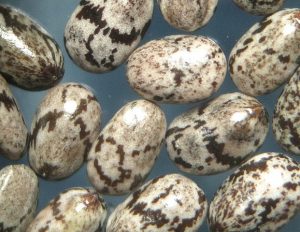 Despite the side effects – which are likely to occur with excessive consumption of any food – nutritionists are enthusiastic about Chia seeds, because the nutrients contained in them provide a lot of energy that lasts for a long time, which is why you can easily lose weight with Chia seeds. The digestion of other foods is also to be simplified. Taking Chia seeds as part of a main meal has a positive effect on the body’s blood sugar level.

Because the seeds create a kind of “barrier” between the consumed carbohydrates and the digestive enzymes, the conversion of carbohydrates into sugar slows down. In this way, the energy is released very slowly in the body – for example, athletes benefit from a longer endurance period.

In Chia seeds are bundled as many nutrients as in hardly any other food. On average, they contain twice as much protein as other cereals and seeds and also have a good balance between omega-3 and omega-6 fatty acids. Their calcium content is even five times that of pure cow’s milk. Thus, one should not be discouraged from eating: As long as one takes Chia seeds – as is the case with all other foods – in moderation, one has basically no side effects. On the contrary, there are many studies about Chia seeds that confirm their positive effect on health.